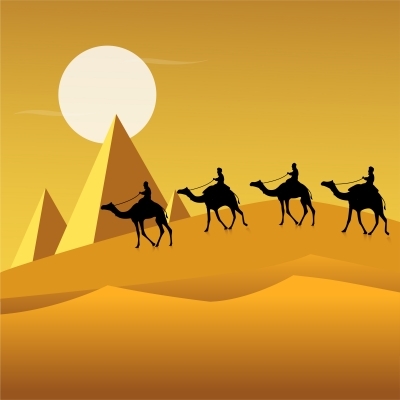 My current challenge is costumes.  I probably should really be thinking about something more pressing like how the introduction/audition night is going to work or planning audition pieces but there is no accounting for the way that creativity will pour forth once the floodgates have been opened.  And those gates have given way to a vast array of mental images of costume ideas.

The costumes can’t really be completely thought through until the casting is final.  I mentioned in an earlier blog that I might try some more radical casting.  Let’s be honest here, some of the more traditional costumes might be considered completely inappropriate for female members of the cast.  A man in the same clothes may feel entirely comfortable.  Take that how you will.

I’ve only ever seen productions of Joseph with robe-clad brothers and head-gear fitting for Biblical times.  Think “Lawrence of Arabia” and you wouldn’t be too far off the mark.  It led me to wondering whether this was altogether a good idea.  Every production of Joseph just rolls into another: brightly coloured, blah blah, robes galore, blah blah, bearded brothers, blah blah.  I could go on but I am boring myself.

What would be so wrong with shifting the boundaries a bit?  Do away with the characterless robes that create only indistinguishable masses rather than clearly defined individuals.  Give up on the cliché loin cloth and do not get me started on the beards.

I’m thinking that the Brothers could be updated to a sort of modern-day family of gangsters.  Black suit jackets or maybe blue jeans and leather jackets.  Or maybe they could all wear clothes representing their real personalities.  Reuben was really a bit of a softy, trying to save Joseph from certain death, so perhaps he could be dressed appropriately.  A nice pair of brown cords, matching shoes and one of those delightful knitted jumpers that Grandmothers like to knit for the festive season.  Simeon was hard-working so a nice suit and tie might be suitable attire.  Gad, on the other hand, might be a little more relaxed, think baggy jeans with a hoodie.  Jacob could be young at heart and trying to dress like the “younger folk” but miss the point entirely.  Joseph would be more likely to be the average kid-next-door in blue jeans and a white t-shirt.  A plain one.  I’m not sure he was into brand names.

It feels great.  Exciting, different, new – something everyone has done to Godspell but few have attempted with Joseph.  At that point I get a little more stuck.  What to do about the coat.  Multi-coloured leather sounds wrong on every level.  A multi-coloured waterproof?  Perhaps the answers lies in army-style print in as many shades of colour as possible.  He might end up looking like “Rash Man” but it could work.

Tempting though it is to extend the modern look to the camel, I think the old-fashioned pantomime camel costume is just too amusing to be replaced by a couple of long, wool coats.  In fact the camel might also have solved by audition night dilemma.  The prospective cast are bound to be falling over themselves to play the back-end.

This entry was posted in "Joseph" - a director's blog and tagged directing, life, living, musicals, theatre, thoughts. Bookmark the permalink.

1 Response to “Joseph” – Jacob bought his son a coat